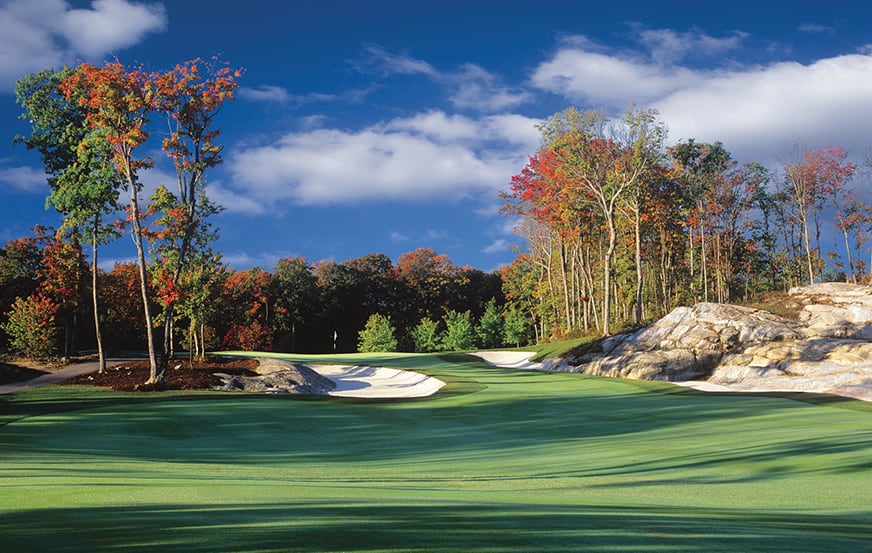 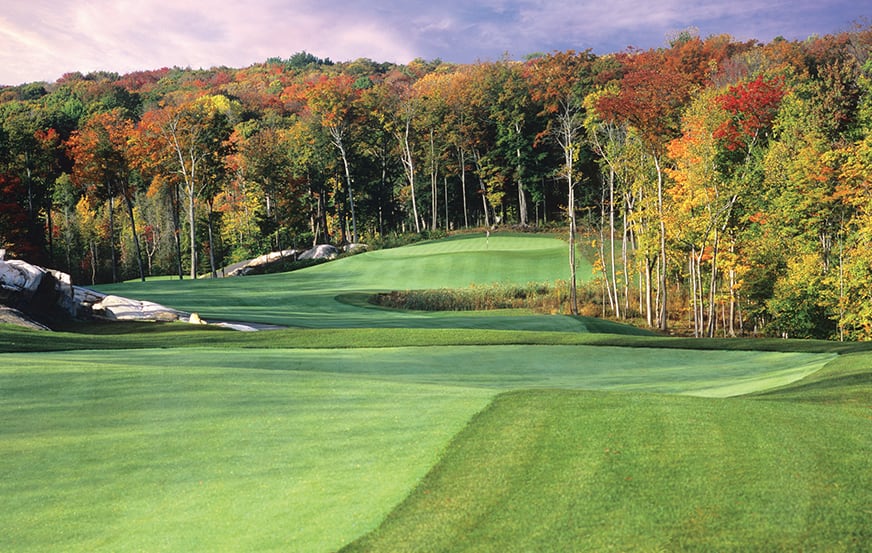 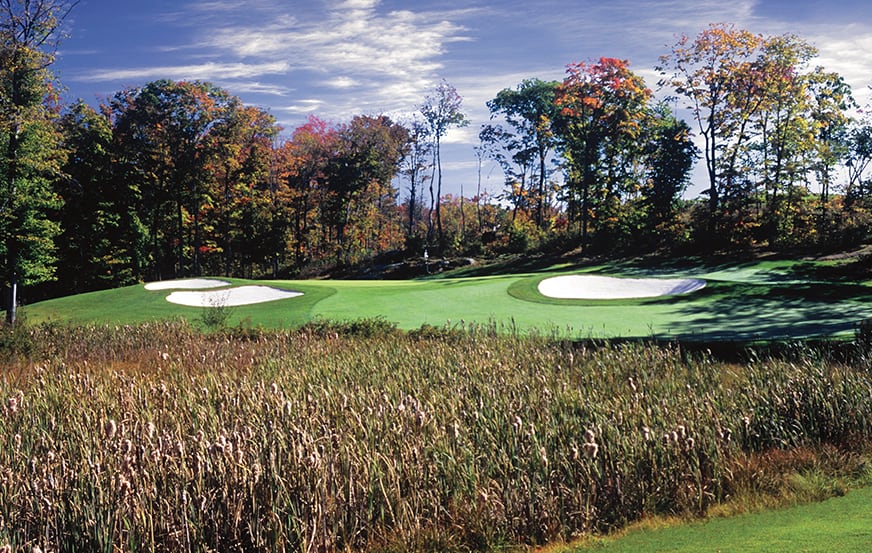 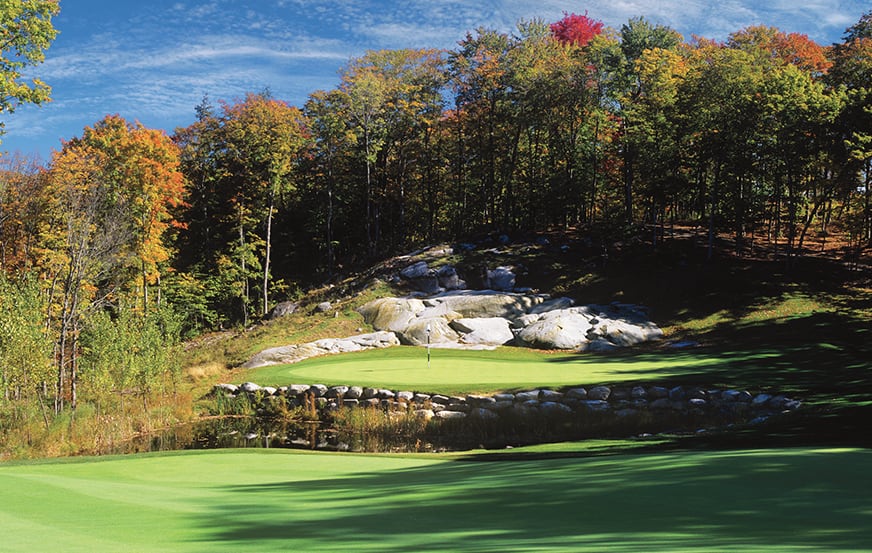 Opened in 2004, The Rock spreads across the granite-studded landscape of Muskoka’s Lake Rosseau. The course was Sir Nick Faldo’s first design project in Canada and became instantly recognized as the best new golfing challenge that the country has to offer.

Ever since I first visited the site I felt that this was an area that commands respect. Now that the course is completed, you only need to look at the landscape that surrounds The Rock to realize that this is a serious round of golf – serious, but fair and endlessly playable. The rock outcrops, which are a major feature of the course, have been woven into the layout to great effect and the narrow, tree-lined fairways that wind across the site’s rolling hills lend a great atmosphere to the course. With the design of The Rock, bearing in mind the topography, it really was a case of ‘finding’ rather than imposing a design upon the site and that is exactly the kind of project that inspires me as a designer.