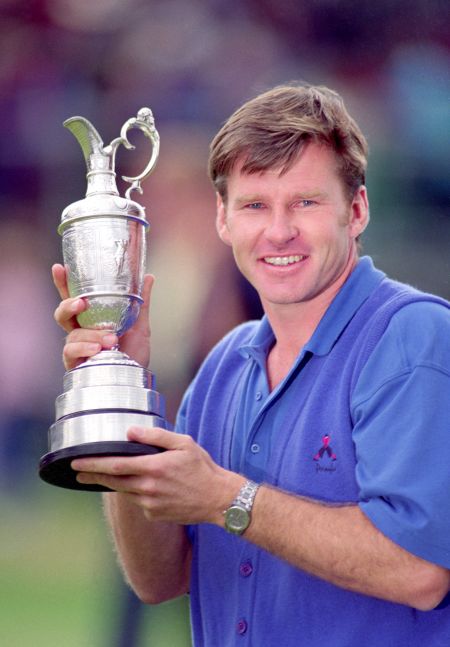 Nick Faldo is the lead golf analyst for CBS Sports. He’s a former professional golfer with 40 tournament wins worldwide, including three Open Championships and three Masters. Faldo was the world’s top-ranked golfer for 81 consecutive weeks between 1993 and 1994 and was inducted into the World Golf Hall of Fame in 1997.

CBS Local Sports sat down with the golf legend to discuss his favorite golf course and hole and why he loves the game.

CBS Local Sports: What is your favorite golf course or favorite hole to play?

Faldo: I’ve been asked many times for my favorite golf course. And I did a piece with Glenmarongie a couple years back — what’s my favorite course — and I started off ‘well, you want the Pacific coastline, of course, you want Pebble Beach, you want the pines of Augusta National, you want the links of Scotland, put it all together.’ And then I was asked a question about memorability, and I thought ‘wow Muirfield in Scotland is where I won the Open,’ actually back to back, ’87 and ’92. And that made me then realize how important that golf course was to my career and, of course, the 18th hole. I thought ‘wow, I’ve actually walked up that 18th hole the very first time to win a major,’ and so that was an amazing feeling, and then to do it again five years later. After all of that, I plump for Muirfield Scotland because it’s a great golf course anyway, but there’s something about it. It’s been pretty darn good to me, and it’s my style of golf course, a real challenge. Every single shot kind of has to be thought out; I love playing the links.

But my favorite hole would be the 14th at St. Andrew’s, par 5. It’s kind of got a little bit of everything. The degree of difficulty is serious: you’ve got an out-of-bounds line here, the wall and then you’ve got devilish bunkers down the left. You’ve got to thread it there. And if it plays as a three-shot, it’s quite unique to have so many decisions. You’ve got a hell of a bunker in the middle … you can get further up, you could head left onto the other fairway, which is a very cool thing about St. Andrew’s. And the green is big and rolling and all sorts of things. And then there’s something about that view as well. When you walk in, from 13, 14 in, 15 at St. Andrew’s, and you see the silhouette of the old grey town. In golfing views, there’s not many better. It still gives me good goosebumps.

CBS Local Sports: Why is golf the greatest sport?

Faldo: The simplest reason why golf is the best game in the world, for me… Well, I’m an only child, and when I went to the golf course, I was a sportsman looking for a sport. So I tried cycling, and you rode so hard when you got off you threw up. And then when I tried swimming, and you swim for three miles in a pool and you spit out half a pool.

I’d be down there hitting balls all morning, trying to perfect this game, trying to hit shots, having fun. I just threw balls in bushes, all sorts of things. And then you go and play, and even if you’re playing on your own, if you got good imagination, you could still play against somebody else, which is what I used to do. I used to go to the Open, those first two Opens at Troon and Lytham, sit on the practice ground and just soak up all the little idiosyncrasies of Jack [Nicklaus] and Gary [Player] and Arnold [Palmer] and Tony [Lema] and Johnny [Miller] and Tom Wyczoff, Tom Watson as well, Lee Trevino. Oh it was great. And then I’d come back and pretend I was them playing against me. So, you can see it’s totally, totally engaging, and I guess the beauty is I’ve been a golfer for 40 plus years, and I’ve never been bored. Never, not for a second. Never thought, ‘ugh, I’ve got to go and play golf tomorrow.’ So that, for me, is why it’s so powerful.